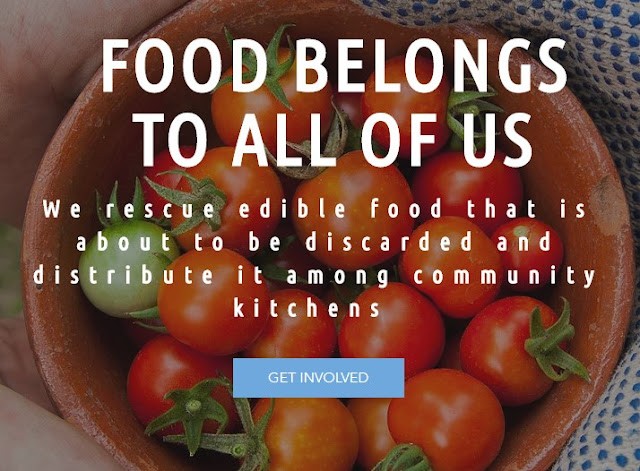 Nilus is a spanish non-profit organization that connects businesses with food surpluses and community kitchens, and facilitates the donation of the food through a community of private drivers. 40% of the food produced in the world is thrown away. In fact, you could visually fill 100 football stadiums with food in perfect condition, but it ends up in the trash. Meanwhile, 815 million people suffer from hunger. Only in Argentina, 16 million tons of food are wasted annually. This is a  Scary data that Nilus has summarized with his hashtag #WTFood (something like … what’s going on with the food?)  From his Twitter account. here

The Uber of food rescue as you begin to know, Nilus is a project that uses technology such as geolocation and collaborative economy to rescue food that would usually end up in the trash can. Its alliance with Wingu  (non-profit technology) and the network of private drivers give life to the project, whose name is born as a reference to the Nile River, as explained by Mario, project director, “we chose it because the Nile River is a symbol of prosperity and the first place where the collaborative culture was built “.

Contents hide
Technology applied to social change:
How it works:

We support Food Banks operationally and logistically, because we share a deep conviction that technology and innovation can make significant contributions to the interrelated problems of food waste and malnourishment. The project is under development, pilots are currently being carried out in Rosario, Argentina together with the Food Bank of the city,  “for the moment, drivers will have to download the Shippify application and the available trips appear and the destination is the social dining rooms” , Mario tells us. Nilus is there to solve the problem and therefore they are developing their own application that will allow the process to be fully developed.

1. Companies and supermarkets advise when they are going to throw away food.
2. Nilus offers food to the canteens of his network.
3. Nilusos drivers receive travel proposals and are remunerated for transporting food to the dining rooms.
4. The dining room receives the food.

The withdrawal/collection of the food does not entail a cost for the donor, the canteens pay a symbolic price of five pesos per kilo of food (an average 10 times lower than what they would pay in a supermarket) and the drivers charge for their service.

If you are interested in the continuous development of this project, you can easily participate:

YOU can make a difference by voting for Nilus in the Google.org Challenge . You have until Tuesday, October 17 to avoid that 1 in 5 children in Argentina continue to suffer from nutrition problems. You can also use the hashtag #WTFood to raise awareness of the issue on your social networks, join as a driver , social canteen or as a donor . What are you waiting?

The Best 14 Catholic Charities in America.