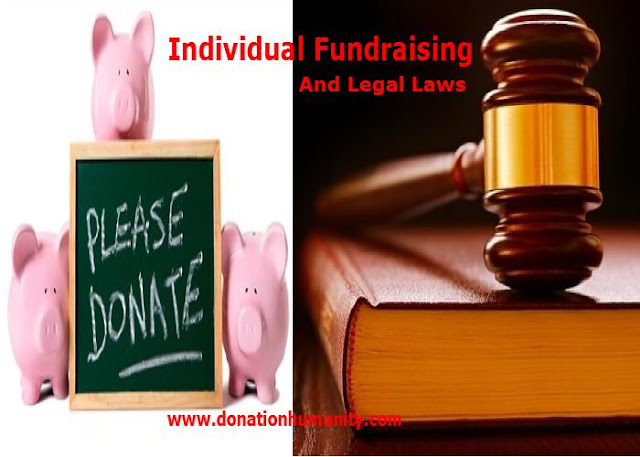 Legislation in the field of NGOs is not easy to organize – many risks arise from mistakes in its interpretation or lack of experience. NGO leaders do not always know all the requirements that must be met. Let’s take as examples labor laws, tax laws, legal issues and consider some of the most common situations in which violations occur:

Are employees properly registered, is there a labor contract with each of them? If employees are not Russian citizens, there are additional requirements for their registration. If the organization has a staff liable for military service, the organization, like any other legal entity, must be registered with the military registration and enlistment office, and all personnel liable for military service must be registered.

It is necessary to comply with the law on the protection of personal data and have an approved Regulation on the processing of personal data. In this sense, the NCO is no different from commercial organizations.

Like any other legal entity, an NPO must undergo a special assessment of working conditions (SOT) and provide its employees with certified workplaces.

The main problem is that many NGOs consider that the charitable donations they receive are not taxed in principle. It is not so – so that they are not taxed, it is necessary to comply with certain requirements, which are in the Tax Code.

Donations are important to properly arrange. With legal entities it is necessary to conclude an agreement with the amount of donation over 3000 rubles. In the case of receiving donations from individuals, the execution of the contract can be replaced with a public offer of the contract, which should be available on the organization’s website. When collecting funds through the site, a public offer is mandatory. And if the purpose of the collection suddenly changed, for example, money was originally collected for a wheelchair, and then it was decided to use the funds to buy a voucher, it’s time to remember what you said in the offer and whether such a replacement is possible.

Example of risk: the founder (trustee) of the fund, a well-known person, has a birthday. Now it’s fashionable to say: “I do not need gifts, better make a donation to our fund.” The reason for the payment of “birthday present” is not a donation. Such a payment may not be recognized as a donation and then it will have to pay tax. Therefore, you must donate to the statutory activities.

Donations to statutory activities are those that the NCO can itself spend in its normal or program activities. But targeted donations are money for some specific programs or specific goals. If you do not have a contract with a donor, which indicates what the donor gives money to, and for how long, it is unclear how you will track this within your organization.

When considering donations, timing is also important. Under the law, if there is no other wording in the agreement with the donor, 80% of the charitable donation received must be spent within a year. To date, there are no requirements for reporting to the donor about how funds are spent by NGOs, but the donor has the right to request such a report. Large corporate donors, as a rule, prescribe the form of the report in the contract, and in the offer of donations it is usually also indicated that individual donors can ask for such a report.

2. Boxes for donations and souvenirs

The collection of donations to the box, including those held at the events, must also be properly registered, and for this a whole package of documents is needed. To install somewhere like a box, you need an order in which you must specify a specific address. The box can not stand “on the sidewalk near the metro station”: it must be in a room with the owner of the contract. Or the organization should have a letter from the owner stating that he does not object to installing the box and collecting donations. Boxes need to be opened correctly, for which a commission of several people is needed, and it is desirable that the representative of the organization on whose territory this box stands is included in this commission.

If the fund sells its badges and souvenirs, it is commercial activity, which should be separated from charitable activity at the level of accounting. If you sell souvenirs, for example, t-shirts with prints made according to sketches of children’s drawings – this is also a commercial activity with which you need to pay taxes and which you need to separate from the statutory activities at the level of accounting.

If there is no such division, then during the inspection it will be difficult for you to prove which means were donations, and which ones – sales income. A situation is possible when such proceedings can go to court.

If the fund is carrying out program activities, the legislation requires that it have budgets for each of the programs approved by the relevant body – for example, the Fund Board. Reports on the execution of these budgets are a prerequisite for donations to be exempt from taxes. Some donors donate not to the program as a whole, but to its specific articles – in this case it becomes necessary to monitor the targeted use of the funds of these donors.

The budget is approved at the beginning of the year and further expenditures are accounted for under the articles of this budget. At the end of the year, you need to take stock and provide a performance report. At the same time, the budget of the NCO can be adjusted – these are your plans, they can change. But all the changes must be formalized accordingly.

Problems in dealing with donors can surface during a tax audit. For example, the fund spent the funds for the event, but the contract did not clearly state that this money should be spent on this event: it was verbally discussed with the donor and the donor did not mind. It is better to think over the wording and sign in advance additional agreements on the contract, which will remove the risk. It should be borne in mind that the tax audit may be interested in everything that happened in the fund for three years. And in three years already the donor can not remember the details, and the staff can change, and as a result, the expense of the donation can be recognized as non-targeted and there will be a need to pay tax on this amount.

Inside the accounting of NPOs it is necessary to divide the money by donors and by the purposes for which this money is given. If you raise funds for several programs at the same time, then donations for different programs should be separated from each other at the level of accounting. When you spend donations, you must spend them according to the purposes for which they were collected. If you have one employee who simultaneously deals with two programs, then this should be properly prescribed in his job duties and must be taken into account when calculating the salary.

The absence of such a division is a risk that we often see in NGOs. This is mainly due to technical capabilities – many organizations, especially small ones, do not have software for this. This is a specific requirement for non-profit organizations, there are no such requirements in standard accounting. Among other things, this is one of the conditions, the observance of which allows you not to pay a charitable donation tax on profits. When checking, the so-called 86th account in accounting is also requested, the one where money is divided by donors and purposes. If it does not, donations will have to pay tax.

The next category of tax risks is the risks associated with personal income tax (personal income tax). One must understand that it is taxed on the income of individuals who are beneficiaries of charitable assistance, and what is not taxed. A separate issue arises with the costs for individuals who help NGOs to carry out their charitable activities. There are many difficult situations.

For example, a volunteer with whom the fund has not signed a contract, went somewhere on business of the NCO and was paid a hotel. From the point of view of the law, this may look like getting income. And income is taxed – and the responsibility for its withholding and payment is borne by the NCO. Legislation on this issue is rather confusing: often there are conflicting explanations from state bodies on the same issue, therefore it is better to talk about problems related to personal income tax on specific examples.

6. The status of a socially-oriented NGO (SNCO)

The status of SNCO gives the right to state support and to certain privileges on payment of taxes and fees. But in order to use this status, it is necessary to comply with legislative requirements. The question of whether a particular NGO is socially-oriented is not so simple. Even regulators do not always give a clear answer.

Legal risks arise when documents are incorrectly documented inside the organization. For example, when drafting contracts with counter parties, you need to carefully monitor that the interests of NPOs are correctly spelled out so that you can apply to the court and return the money if some services were not provided or the goods were not delivered.
If we talk about partners, then, interaction, for example, with state institutions (not only financial), too, must be documented.

If your NCO donated beds, and you transferred them to the hospital, all this should be reflected in the documents.

Risks can also be associated with corporate documents. NGOs, like any organization, have bodies of corporate governance – for example, the Board of the Fund, or the Board of Trustees. The structure and powers of these bodies should be correctly described in the constituent documents
Risks can arise, for example, when approving a budget. It should be approved by the body having the authority to do so, and the minutes of the meeting must be competently drawn up and signed. A document in Excel, not approved by anyone and not signed, is not legitimate, and the tax audit will not take it into account when checking.

Often, NCOs do not have appropriate programs, within which they conduct their charitable activities. Programs should be issued in the form of separate documents, which are necessarily approved by the relevant body (for example, the Board of the Fund). If the donor gave money, for example, to a program of targeted assistance that you have not properly formalized, these donations can also be deemed unsuitable.

If the audit finds at least one time the misuse of funds, this can seriously damage the reputation of the fund. Keep in mind that “misuse of funds” is a standard formulation, it is the same in the case when money is spent inappropriately, and when they are simply incorrectly designed.

Scroll back to top